Rain, snow, hail, sleet, high winds, fog, sunshine, and even distractions from a full moon can cause traffic accidents. As computer technology grows…past weather information from all over the country is being digitized for quick access. Weather data which previously may have taken weeks to obtain can now be acquired in days. This helps tremendously for the quick resolution of not only accident claims, but all weather-related claims.

Example Investigation
A fatal accident was discovered on a stretch of road. There were no witnesses. Weather may or may not have been a factor. Weather maps on the day in question were examined. It appeared high winds were possible.

Data from weather recording sites near the accident scene were obtained. It was found that light snow and high winds were indeed evident in the region. 30mph to 40mph gusts were common. Wind advisories had also been issued. 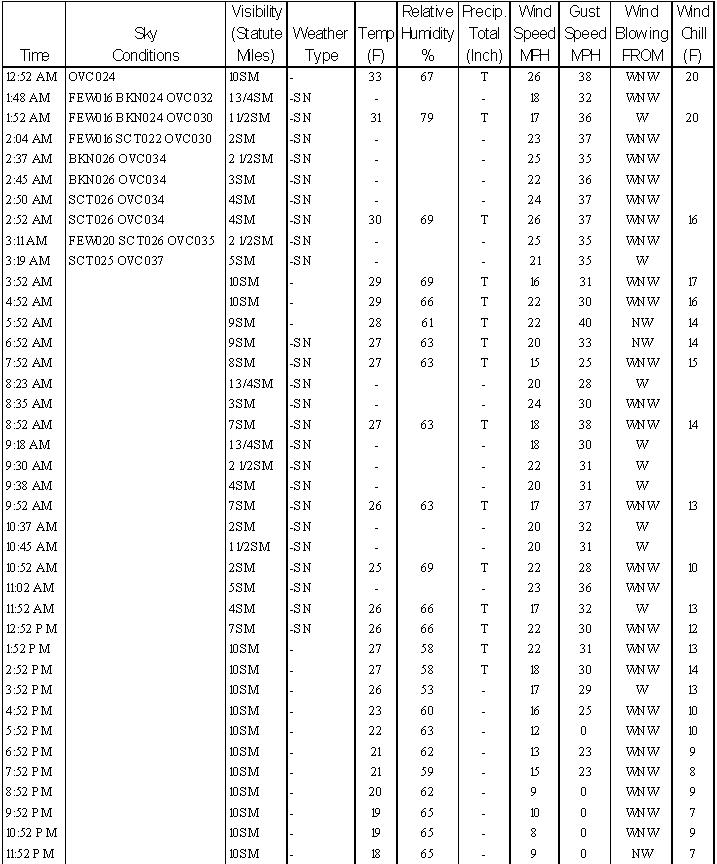 Wind direction overlaid on an aerial photo of the road in question coupled with on site investigation at the scene indicated that gusty conditions were quite probably a contributing factor in the accident. 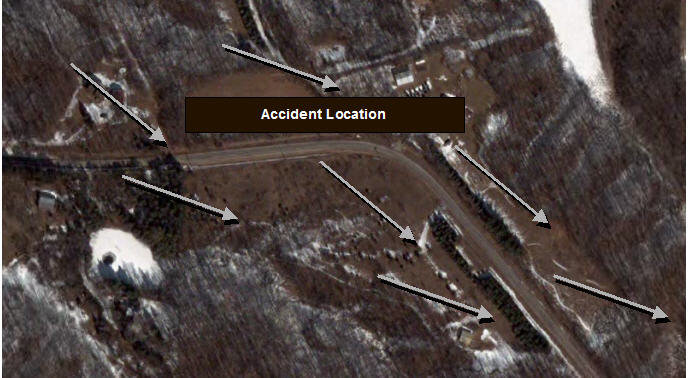 Accident Questions To Think About
If a snow storm was present, was it confined to an isolated area or was it widespread?
Did temperatures support freezing precipitation on the road or did the snow fall then melt?
If vision was blinded, where was the sun in the sky? Were clouds at differing altitudes actually obscuring the sun?
Did the accident happen in twilight? Was it ‘civil’, ‘nautical’, or ‘astronomical’? All have varying degrees of visibility.