Windy conditions have been blamed for agricultural over spray issues, vehicle accidents, boating mishaps, and of course structural damage to name a few. Strong damaging winds can either be isolated to a small geographical area such as damage caused by a thunderstorm downburst…or very widespread like the damage observed after a hurricane. Hourly airport wind information, damage reports, and weather forecasts can all be used to identify what type of wind event happened and how extreme is was…or was not.

Example Investigation
High winds were claimed for damage at a location in Decatur, Illinois. It was first determined if damage was noted in the state on the date in question. In this case…yes; however, no damage reports were observed in the Decatur region. 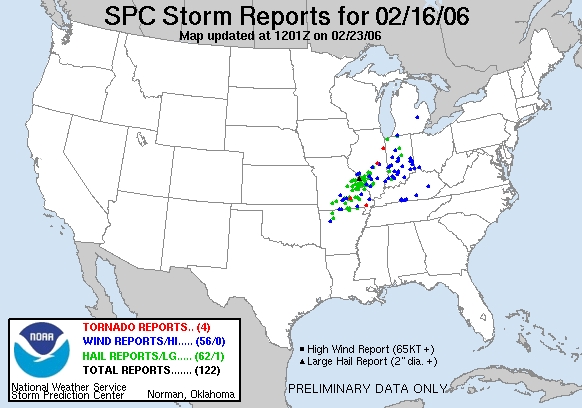 Weather advisories were examined as were wind data near the address of interest. On site inspection indicated that although winds were gusting around 40mph…these winds should not have caused structural damage. It was concluded that improper construction was at fault and not wind.